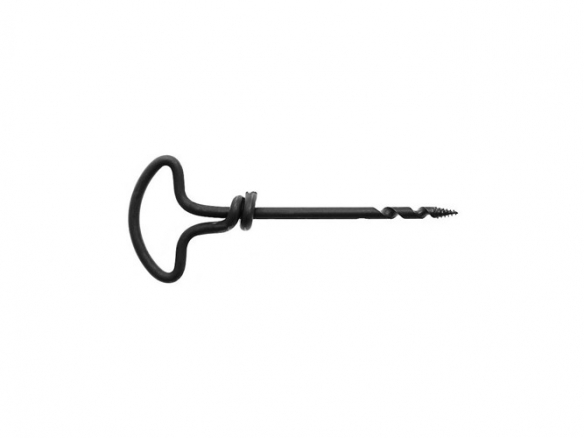 This document is a design proposal for GimletD, a server-side release manager component for GitOps workflows.

Gimlet CLI answers these questions by bringing conventions to the GitOps repository to help companies implementing GitOps. But it is important to see the scope of Gimlet CLI today: its goal is to help developers in their local GitOps workflows and in their CI automation. 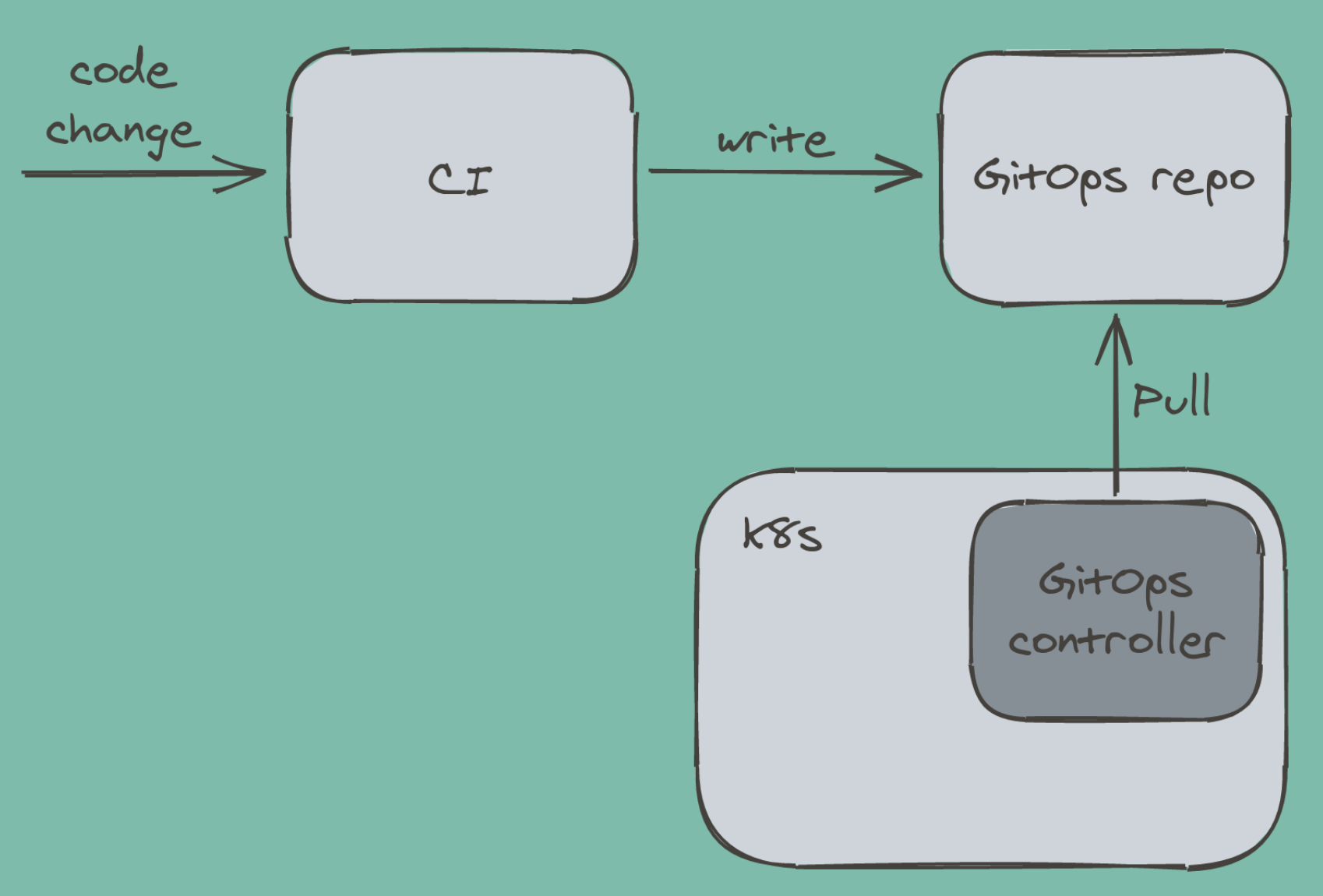 GimletD acts as a release manager and detaches the release workflow from CI. By doing so, it unlocks the possibility of advanced release logics and flexibility to refactor workflows.

By assuming all release related work, it adds central control to the release workflow by introducing policy based deploys and advanced authorization and security standards, while it also optimizes the GitOps repository write performance.

Deploy and rollback steps are implemented in CI pipelines to handle the basic release workflows. Later on, further release steps are added: dynamic environments, cleanups, notifications, steps that every application has to maintain. This decentralized approach allows little room for control, flexibility and complex features.

GimletD assumes all release focused tasks and the management of the GitOps repository.

GimletD achieves this by introducing a new concept, the release artifact, that serves as the means to detach release workflows from CI.

With GimletD, CI pipelines instead of releasing, they create an artifact for every releasable version of the application. GimletD then serves as a release manager to perform ad-hoc or policy based releases.

Gimlet operates only on the releasable artifacts that CI creates. This split allows for the above listed features. 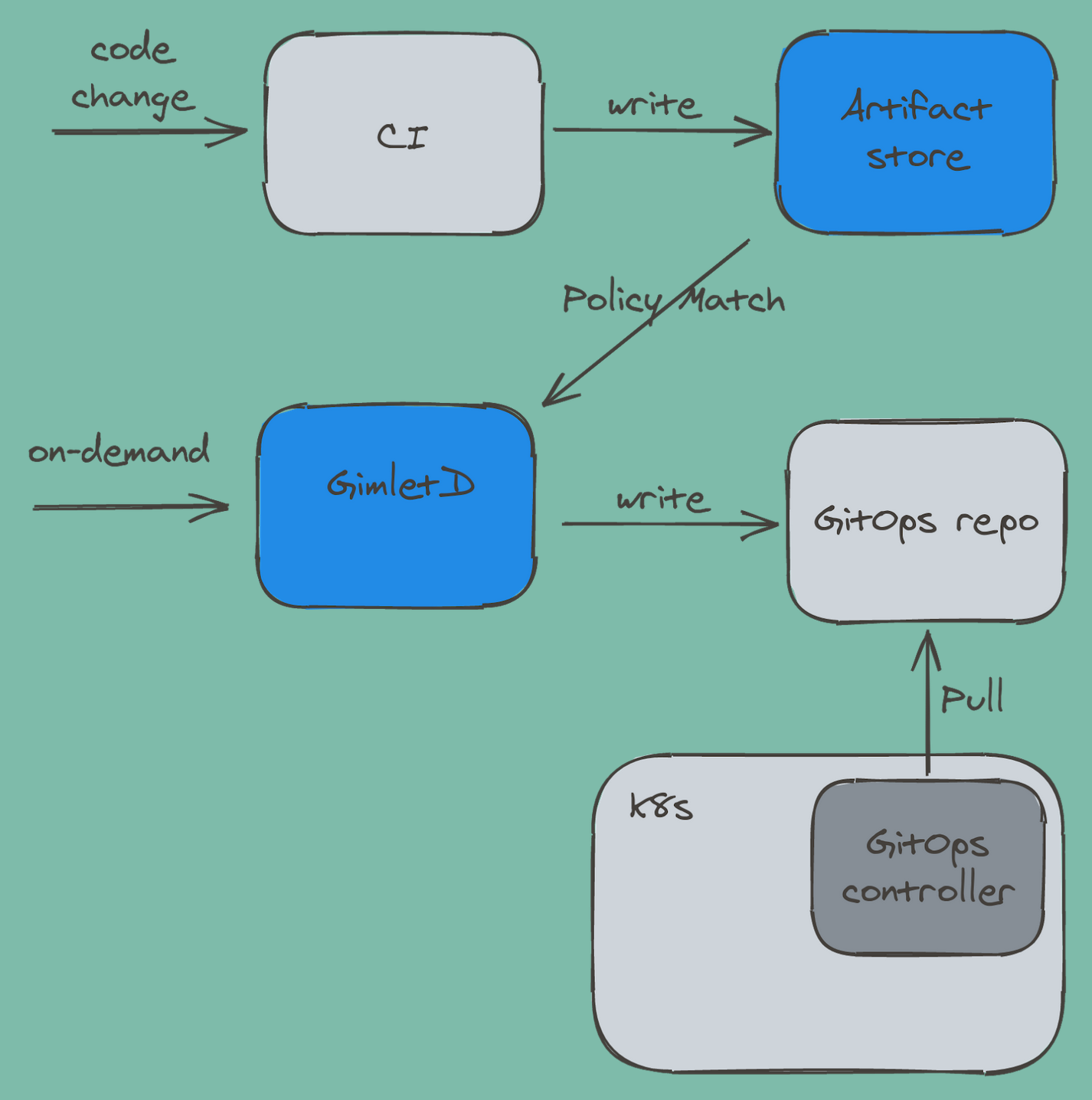 Instead of releasing, CI generates a release artifact for each releasable version of the application. The artifact contains all metadata that can be later used for releasing and auditing.

Gimlet CLI is getting three new commands to create the artifact.

GimletD stores the release artifacts in the artifact storage

The artifact store will be backed by an RDBMS, and GimletD provides and API to browse the artifacts.

and accepts automated release policies to perform releases based on rules:

The design is not finalized yet.