When you run stack configure and configure components on the UI, the configuration options are stored in a file called stack.yaml.

Always re-generate after you reconfigured

stack.yaml is Gimlet Stack's own format, therefore for your configuration changes to be effective on the cluster, make sure to run stack generate every time you make changes to the stack.yaml file. Be that changes through the UI or manually.

Once you ran stack generate and made a git commit and pushed, you should see the changes on your cluster.

stack.yaml has a reference to the stack template, under the stack.repository field it points to a git repository where the stack files are maintained.

By default, it is locked to a particular version, therefore every time you run stack generate it works with the same stack version and generates Kubernetes resources accordingly.

stack update --check displays the new versions that can be applied to your stack, while running stack update will update stack.yaml to the latest stack version number:

Important that you have to run stack generate to generate the updated Kubernetes manifests, as stack update only updates the stack reference in stack.yaml.

You can automate stack upgrades by using automation provided by Gimlet Stack. 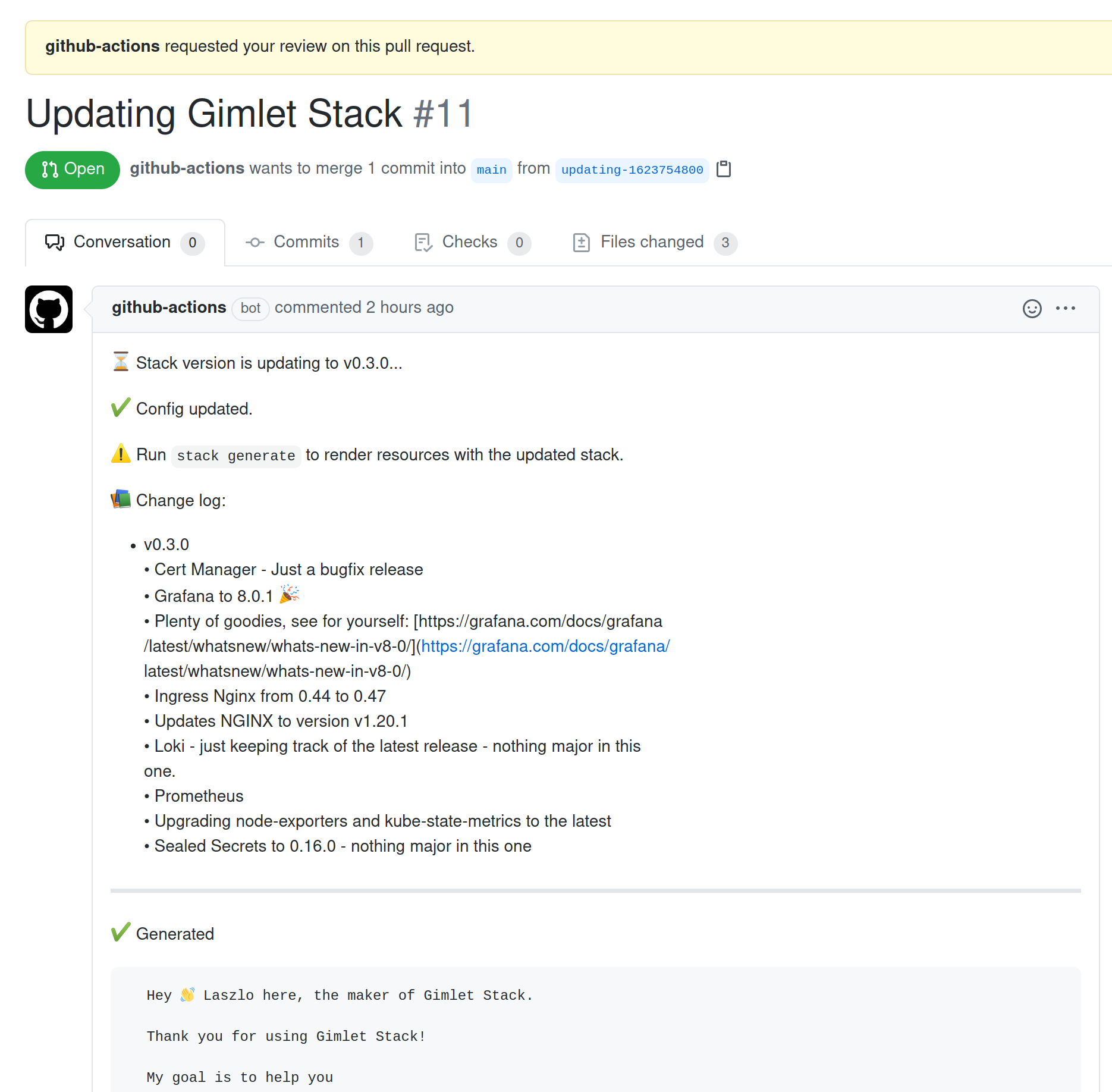 See the action in an example workflow.

Making custom changes to a stack

Stack templates only go so far, and it is inevitable that you want to amend the generated manifests in slight ways.

stack generate takes your custom changes into account and keeps them even after a configuration change, or an upgrade.

In case your custom change is conflicting with the generated content, you have to do a content merge, that should be familiar from git.

The stack operator manually upgraded the version to 3.27.0.

Since stack version 0.3.0 also updates the ingress-nginx version, now the operator has to make a judgment call whether to keep the manually updated version or roll with generated changes.

Many editors have conflict resolution tooling. With a click of a button, the operator can accept the changes coming From stack generate.