What can you do with Gimlet Stack

Logging, metrics, ingress and more - all delivered with gitops.

Gimlet Stack is a command line tool that you can use to configure curated stacks for Kubernetes clusters.

Stack makers (or curators) maintain the stacks, and end-users benefit from the curator's hard-earned best practices as they deploy the curated stacks on their clusters.

A stack instance - with its complete configuration - is stored in a git repository and delivered onto a kubernetes cluster via a gitops automation. Gimlet Stack uses Flux V2 as the gitops controller to sync git changes to the cluster.

The full overview of the various artifacts and actors of Gimlet Stack: 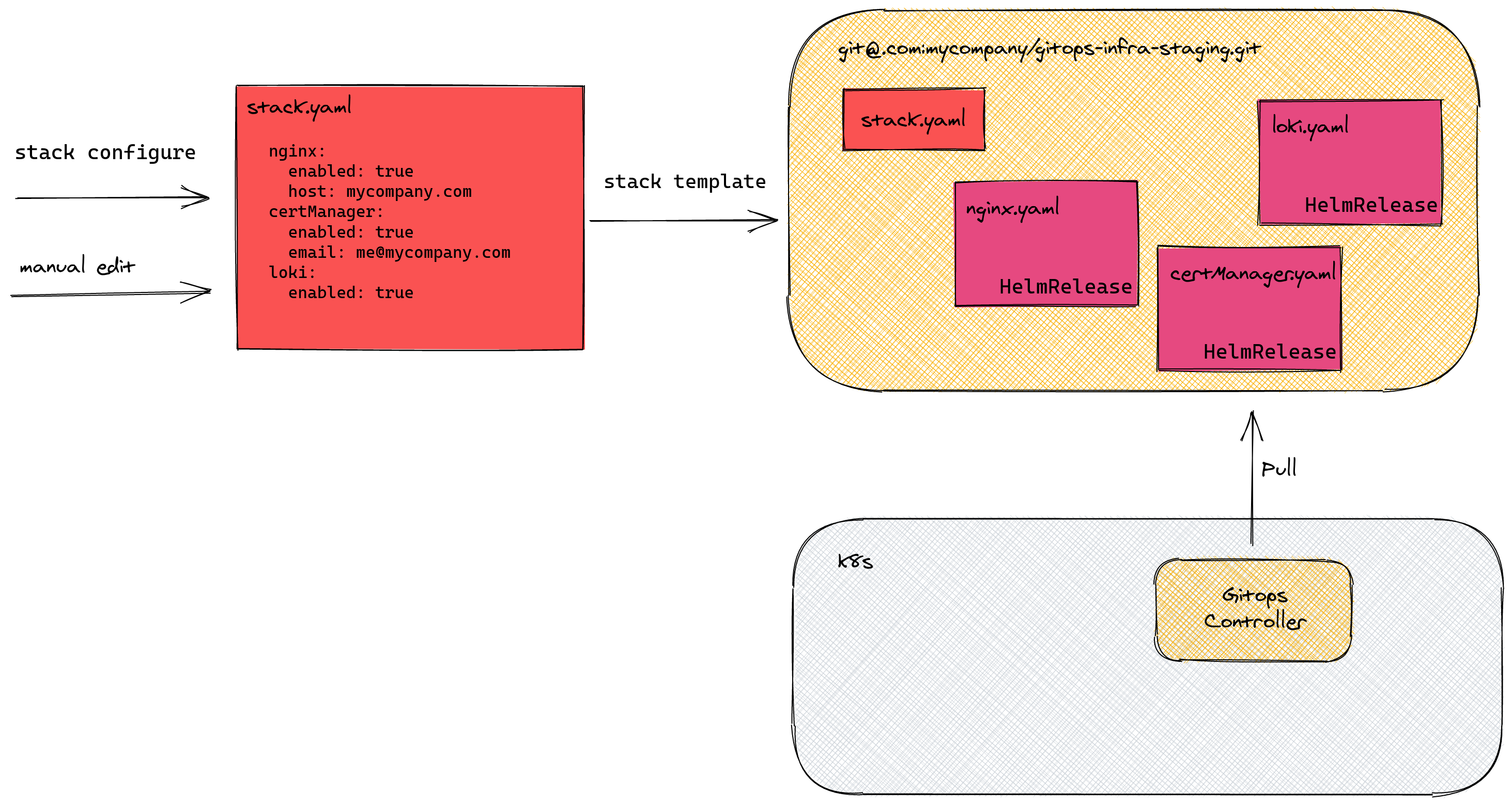 Stacks are a set of Helm charts and Kubernetes manifests that are configured to work together seamlessly.

To see Gimlet Stack in action, go and Make Kubernetes an application platform with Gimlet Stack.